Awhile back I had posted this note on plot holes. Later I finally remembered the name I always wanted it to be. So today I’m reissuing the post with a few modifications and finally a much more proper title for the rule of thumb.

So first of all, I want to acknowledge that a lot of this is drawn from better writers than me. I’m especially indebted to Ken Begg, High Priest of Jabootu, Chuck of SFDebris, and Shamus Young, the DM of the Ring as well as many others.

At the time of writing, if you search the internet – even just YouTube – you will find plenty of words and thoughts on the topics of plot holes. If you are somehow reading this a decade later there will still probably be a lot of debate on this topic.

Plots are the events of a story. Stories work because the plots follow a logical progression. X causes Y which leads to Z kicking off A which makes B happen, forcing C to occur… etc

However, humans are mortal. So stories can’t take place in real time. Frodo and the Fellowship may have taken a few years to get where they are going, but the books and movies don’t take the same amount of years to consume. To that end, storytellers employ many tricks to speed things along. We don’t have to sit there and watch our heroes spend 8 hours sleeping. We watch them lay their head down on the pillow, then cut to their eyes opening the next day. If anything happens during the night the audience needs to know, the author will show it. (This is called “Conservation of Detail.”)

The issue arises because these time saving efforts can end up causing a break in the plot’s logical flow. Thus: Plot Holes. In order to define them in the most simple manner, a plot hole is, “Any event in a story’s plot which does not logically follow from what came previously.”

So what’s all the fuss on the internet about?

To explain, let us suppose some protagonists. We’ll call them Sam & Dean. At the end of one scene, the audience sees the two of them sitting in a hotel room. 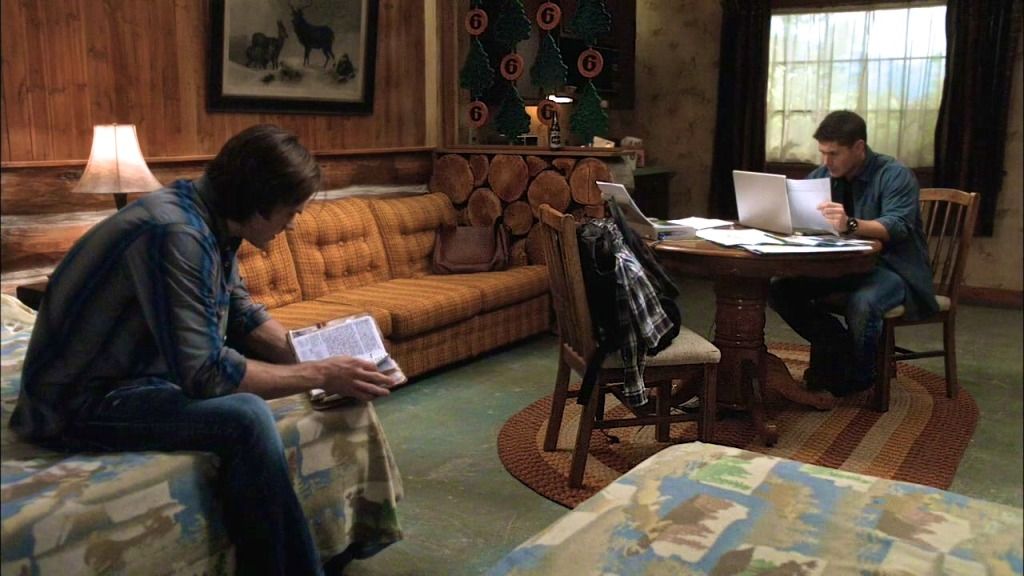 At the start of the next scene, the audience sees Sam & Dean walking outside, towards a different building.

On the internet-level of pedantry this is very technically a “plot hole.” There is no explicit explanation for how the characters went from one location to another. How do a storytellers usually cover this? Often the scene will show the audience a car belonging to Sam & Dean sitting prominently behind them in the opening shot.

The author intends for the audience to infer that Sam & Dean left their hotel room, got into their car, and drove to the new location the next scene opens with. We know they own that car, we know what cars do, so the audience pieces together what the plot does not show us.

Now suppose we had Sam & Dean end one scene in a hotel room, and then the next scene opens up with them on the moon.

Remember at the most basic level, there is always one clear answer to every question of “Why did [this] happen in the story?” and that is: Because the writer said so.

But the best stories are like the best magic tricks. Just as a skilled magician can convince you – even for just a moment – that maybe they can really do magic, a skilled writer aims to convince you the people in their stories is real.

Think of grading plot holes like you would grading a magic trick. Would you describe a magician that requires the audience to close their eyes until he tells them to open a good magician? Likewise, when it comes to a story, how much does the audience have to invent at a minimum to cover over the gaps in a plot? The greater the amount, the worse of a plot hole it is.

And in case there is any debate over how you can judge the amount of audience inference, as a tie breaker, the audience invention with the greater number of citations to the story is to be preferred.

This is what I call, Occum’s Plot Scale: “Any effort the audience applies to make a plot work should be kept to a minimum.” With the corollary: “In any instance where multiple explanations of a critical plot point are up for debate, the simplest* explanation with the most citations to the story’s text is to be preferred.” (*excluding the simplest explanation of all: “because the author wanted to)

Again let’s go back to our example: How did Sam & Dean get to the police station? They drove their car. [citation: scene at start of film where they are driving said car].

How did Sam & Dean get to the moon? Well first they had to go hunt down Elon Musk and save him from a ghost attack which convinced the guy to let them on board the next SpaceX flight once they had undergone months of rigorous training… [no citation]

There is some debate over how much outside knowledge should be viable to fix a story’s plot hole. Sometimes what happens in a story may not be explained purely by what happens within it, but by general knowledge of the real world which the audience should bring in and apply to the story. There is a real debate to be had here. After all, there is more knowledge out there than any mind can possess, how much should the audience be expected to know for a story? Is specialized, very esoteric knowledge acceptable for a story? Or should you write for the broadest, most common general knowledge? (This is also where cultural references which I talked about before come in.)

Think of a story’s plot like a square of sidewalk the audience is walking down. As the creator of the story, you want the audience’s walk to be as pleasant as possible. Plot holes are the gaps and breaks in the sidewalk. Tropes and conventions, as well as set up explanations, are like the nice, neat break in the sidewalk that is planned and the audience can step over with ease. Sometimes you just make a mistake and the sidewalk has a jagged crack in it. Most people can continue to step over it, but some will be tripped up by it and have their walk ruined. Sometimes there are larger gaps which your audience has to do a running jump to clear. And sometimes there’s the Grand Canyon in the middle of your sidewalk. (Jurassic Park 2 has probably one of the most obvious examples of these I’ve ever seen in a mainstream film.)

This is why audience good will is so important for storytellers. If you have made the audience happy and they are enjoying the story so far, they will be more eager to make greater inferences than an angry audience. I’ve seen more than a few critics angered or insulted by a work not allow even the simplest inference of “car in background” to the story.

And supplementary materials are right out. It’s fine to add extra stories and background to flesh out world building and make it a bonus for fans to enjoy. It is NOT acceptable to make it a requirement to understand the the story you wrote in the first place. Additional material outside of your story should be seen as a hobby, not homework.

One thought on “Occum’s Plot Scale”