Ok, Alice has just sent the new WFB moderator over to my house and told me that the site needs more. 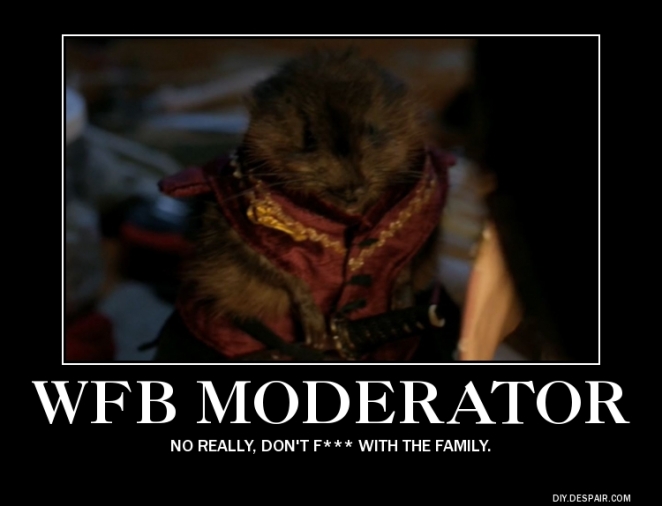 Complaints?  Not without getting into some pedantic zoology nerdity, but this episode was more of a send up to classic animalistic tropes than a real examination of animal traits so no biggie for me.  Though I WILL complain that nobody got the mighty Rob Schneider to show up in a guest spot. (perhaps the villain?)  I was also slightly disappointed that of all the animal jokes, we didn’t get one reference to the best joke from Eddie Murphy’s Dr Dolittle: the foreign language speaking animal.  I might also complain that there weren’t any Border Collies (the dogs my family has always had) in this episode, but given that they are the Batman of the dog world, it would have made the runtime substantially less.  So we’ll let that slide too.  By far the worst complaint I have about this episode is that Dean DIDN’T SHOOT WHEN HE HAD DISTANCE AND SURPRISE ON THE TARGET!  GAH!!! You should know better, boy!  Ah maybe we can let it slide as a dog behavior.

Speaking of which, why didn’t they go with a title referencing Dr Dolittle?

One of the more interesting turns was the “previously on” segment.  Last few seasons they had a tendency to reveal what the monster was going to be that week, this one they seemed to throw a clip from every MotW episode the show’s done just to throw us off the track.  Ok, not really, by show’s end it was obvious they had picked the clips they had to remind us that the show can have a lighter, funnier side.  As a comedy episode, this one generally worked.

No general problems with the lore and such.  Though one does wonder if we got a hint this episode about how the first werewolf and/or wendigo were made.

Character wise I must commend the writers for letting Dean show discomfort towards both the left and right in this episode.  This is how politics and “issues” should be done in these things.  If at all, keep it light, vague or even handed in depiction (i.e. if you make one side look silly, make the other side look silly).  Though I would pay a lot of money to see an episode where the Winchester seek out a taxidermist to stuff their latest kill. (“Hi, can you make this hellhound look like it’s begging for mercy?”)  Though doesn’t anyone else remember that Sam was the brother who was depicted as having a dog once before?  They should have used that to examine Sam’s character more.  Maybe have him be more thrilled about having a pet around?  Or more eager to share dog thoughts?  It’s reasonable that Dean is less animal oriented given he’s never had pets (and the comedy episodes).  I would have liked to see more back and forth between the brothers in this episode.

Of course one can’t complain too much about Jensen getting the comedy roles since he’s so good at it, but here’s hoping we’ll see Jared exercise his funny bone soon. (when was the last time Sam got to make us laugh?)

But don’t get comfortable, some promo pics I’ve seen already look to set me off on rants.  Till next week… 😉